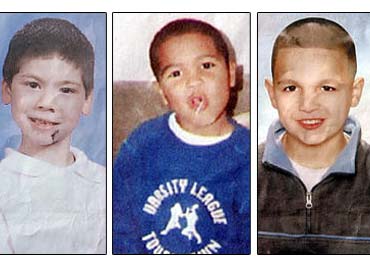 I will be posting something on the trip to Camden in about a week, but a recent development calls for prayer. About three hours ago, 3 children who had been missing in Camden since Wendsday night were found dead in the trunk of a car near their house by one of the boy's father. The authorities have not released a lot of information, but this is a horrible tragedy for this family and community. The children went missing only a few blocks from where Pastor Alvira's church in Camden where we will run a Vaction Bible School in about a week and a half. One of the children who was found attended the VBS we ran two years ago. Pastor Alvira was involved in the search for the children. Please pray that he would have wisdom to comfort this family in their loss, and an opportunity to present the gospel. Also, pray that this tragedy would not hinder out ability to minister to the children in the neighborhood.

One another related note, also keep Pastor Alvira's health in prayer, as he was recently in a car accident and injured his back. While bad enough for a person in normal health, with his RSDS, this could pose a more signficant risk. Pray for his doctors, one of whom is an elder in the OPC church in nearby Bellmawr, to have wisdom in how to treat Ben; and for healing an strength for Pastor Alvira so he can effectivly perservere in his ministry.
Posted by Keith at 9:25 PM

According to police, the cause of death for the children was suffocation, and no foul play is suspected. Apparently the piece that holds the trunk up was broken, and it would have slammed shut when it was not being held open. A full report is expected out in a few weeks.